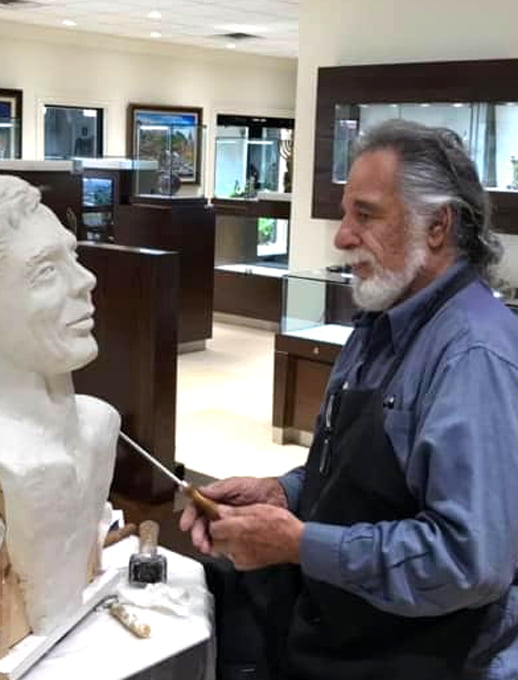 Posted at 14:52h in by Gallery 22 2 Comments
0 Likes
Yaacov has been rated among the world's most accomplished sculptors and top silversmiths. His work has been used to convey messages of hope, tolerance, acceptance and remembrance and peace through the interpretation of the human form and spirit while holding to his personal unwavering commitment to artistic quality. Throughout his sixty-year career, he has been commissioned to create historically significant works for presidents, kings and queens, heads of state and other dignitaries and celebrities. Ronald Reagan, Gerald Ford, George Bush, Bill Clinton, Margaret Thatcher, Henry Kissinger, Hosni Mubarak, Benjamin Netanyahu, Shimon Peres, Jacque Chirac, Yitzhak Rabin, and Anwar Sadat are among the many world leaders who have owned pieces bearing the artist's signature. Works are found in presidential libraries and museums worldwide.
Read More