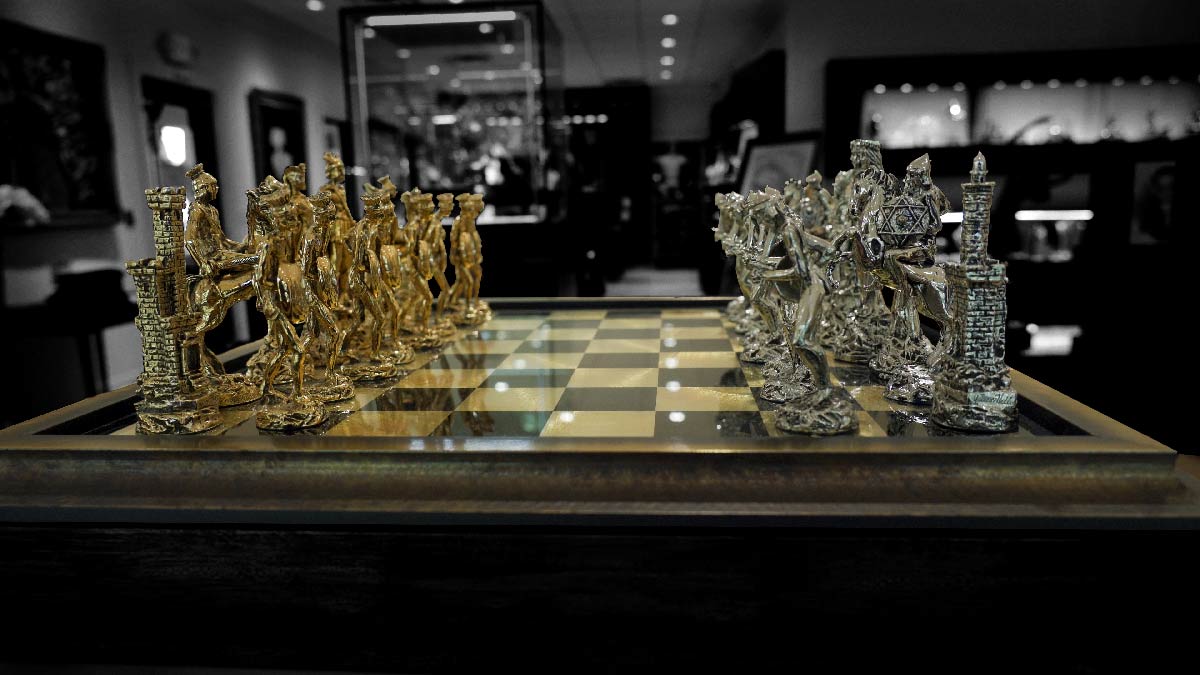 This set’s design was created in 1973 for Rabbi Jan Breski of Sarasota.

The pieces are quite intricate. The surfaces have the unique look Yaacov’s work is characterized by, the ultra-smooth surface that results from the Electroforming process. The set on display at Gallery 22 is likely the most captivating chess set you’ll ever see.

Primary Artist:
38
Art Medium:
Electroformed Pure 99.9 Silver
Art Form: Sculpture
Dimensions: 22 inches x 8 inches x 22 inches
About:
This is a chess set that portrays characters from Tanakh, both Israelite and Philistine. The Philistine side is plated in gold while the Isrealite side exposes the raw Electroformed silver.
Is Based On:
The Story of David
Characters:
On the Israelite side these characters are shown: King David and his wife Bathsheba, Zadok, Nathan, and Uriah. On the Philistine side these characters are shown: Goliath, Delilah, and Baal.
Content Reference Time: 1010-970 BCE
Materials:
silver, gold, marble
Creative Work Status: Published
Date Created: 1973
Name: Chess Set